Practicing medicine here is in some ways more mentally taxing than practicing back home in the . For example, at our hospital, it is far more common for people to present late in their illnesses, having advanced beyond the point of being able to be treated adequately with the medicines we have. Therefore, many patients die despite any treatment that we give. On the other hand, because there are limited options for treatment, we don't have to worry as much about if we have offered every imaginable possibility for treatment or ordered every diagnostic test that we should have. Additionally, people here, in general, accept death a lot easier than the average person in the . Oftentimes, the patients do not have the funds to be transferred to a bigger hospital for further management, so we do the best that we can for them. We use what medicines that God has given us here, and we pray a lot for His healing and comfort for these patients. Many of the patients show their appreciation by greeting us with big smiles every morning when we round on them in the hospital.


A couple months ago, there seemed to be a surge of diagnoses which we could not treat here and had to transfer to one of the government hospitals (usually either Tamale, which is ~3 hour drive away, or less commonly, Kumasi, which is ~9 hour drive away). Just to name a few:


* Mid-20s man found on ultrasound to have severe bilateral hydronephrosis and hydroureter (enlargement of tract from kidneys to bladder), as well as a bladder mass. He also had left leg swelling. He also had an ultrasound finding of a spider web-like mass taking up the entire central part of his abdomen, which was not distended bowel. I discovered a couple days later that what I was seeing was a somewhat classic appearance of abdominal tuberculosis on ultrasound. This patient had already been transferred, so I guess I'll know for next time!


* Teenager boy came in with 4 year history of worsening chest pain and shortness of breath. His family had taken him to see many doctors in (country to the north of ) before coming to BMC, but he wasn't getting any better. On exam, he had an extremely loud murmur. The heart ultrasound showed an enlarged heart, a very thick left ventricular wall (chamber of the heart that pumps blood to the rest of the heart) and a somewhat narrowed tract between the left ventricle and the aorta (the large blood vessel that carries blood from the heart to the rest of the body). I was concerned for HOCM (hypertrophic obstructive cardiomyopathy- basically a large, thickened heart that puts patients, often teenagers, at risk for sudden cardiac death), so I transferred him.


* Twenty something year old man with anasarca (whole body swelling), very minimal urine output, and resistant to diuretics (medicines used to make the body urinate more so that body swelling can go down). He was transferred for dialysis (machine hooked up to patient to serve like artificial kidneys so that the fluid could be removed).


* Two patients with intractable vomiting after eating. I performed an EGD on both of them. One had a stomach mass, and the other had an esophageal mass. The man with the stomach mass was able to be transferred to another facility for further workup and possible surgery, but the other man did not have any money, so he chose to go home with palliative care.


* Teenager who presented with back mass and paraplegia of two weeks duration. The list of diagnoses that I considered while the patient was here included Guillain-Barre syndrome, transverse myelitis, spinal TB (with back mass being a "cold abscess"), and tumor compressing the spinal cord. Unfortunately, the latter was the final diagnosis. We took a biopsy of the mass early in the hospitalization, and the result came back about 3 weeks later showing cancer. He was one of the patients I had grown close to and enjoyed seeing his smiling face every time I entered the isolation ward. It was difficult to have the discussion with the patient concerning his diagnosis and the need to be transferred, but God was good and allowed me the opportunity to pray with the patient, which seemed to provide him some comfort.


* Twenty-something year old with swollen left leg. Ultrasound showed clot in one of his major veins (the iliac vein) coming from his left leg. He had to be transferred because we do not have the blood thinning medicines that are needed to treat this condition.


It can be a little disappointing though, because, oftentimes, I never hear about how these patients do after being transferred to another hospital. However, I received my first phone call the other day from the sister of the patient with a stomach mass mentioned above, and she said that he had surgery a couple days previously and is now doing better. I also heard an update the other day about the guy that had the blood clot. He had gone to Tamale and was started on blood thinners and was doing much better. Praise God for these updates!


As you might have guessed from some of the cases I mentioned above, ultrasound is an invaluable tool here, especially since we don't have CT or MRI scans. I ultrasound just about anything, from hearts to livers to kidneys to thyroids to babies in pregnant women to others. I am very grateful for the superb OB/Gyn ultrasound training that I received from my residency and fellowship faculty back home. It has served as a great foundation for picking up on performing ultrasound on other structures.

Pregnant women here go to their local Public Health unit for their routine antenatal care and only come to BMC for problems or for delivery, and they bring a pink card with them that has their fundal height (how big the uterus measures from the pelvic bone), blood pressure, and some other important pregnancy information on it. One of the most exciting cases that I have ultrasounded recently was a pregnant lady whose fundal height at her antenatal visits seemed to be growing much faster than it normally should.  Usually, I will find twins in this type of situation, but this scenario was different. I did my usual scanning of the entire abdomen to check on the five basic things: how many babies, how much fluid, was there a heartbeat, where is the placenta, and what direction is (are) the baby (babies) facing (i.e.- head-first, bottom-first, etc). I saw very quickly that there were two
babies, but then I soon discovered that there was also a third one- TRIPLETS!! This was the first time that I had ever seen triplets on ultrasound, much less been the one to discover them. It was very exciting, and I hope to be present for her delivery in the near future.


Lastly. I would like to give praise to God for Lynn and I being granted our Ghanaian medical license extensions until the end of the year so that we could continue to legally practice medicine here. We will both be taking an exam next week that, if we pass, should allow us to be able to renew our license for 12 months versus only 3 months, which would make it possible for us to continue to stay and work here. We do not have any idea what will be on the exam (and no one seems to be able to tell us what to study). The entire exam supposedly consists of an English proficiency portion, a problem-solving portion, a written medical exam, and an oral medical exam. Please be praying for us as we take our exams this week in Accra.

*I must apologize because I do not have any photos directly related to the post above, so I have decided to post two photos from our airplane flight from Tamale to Accra* 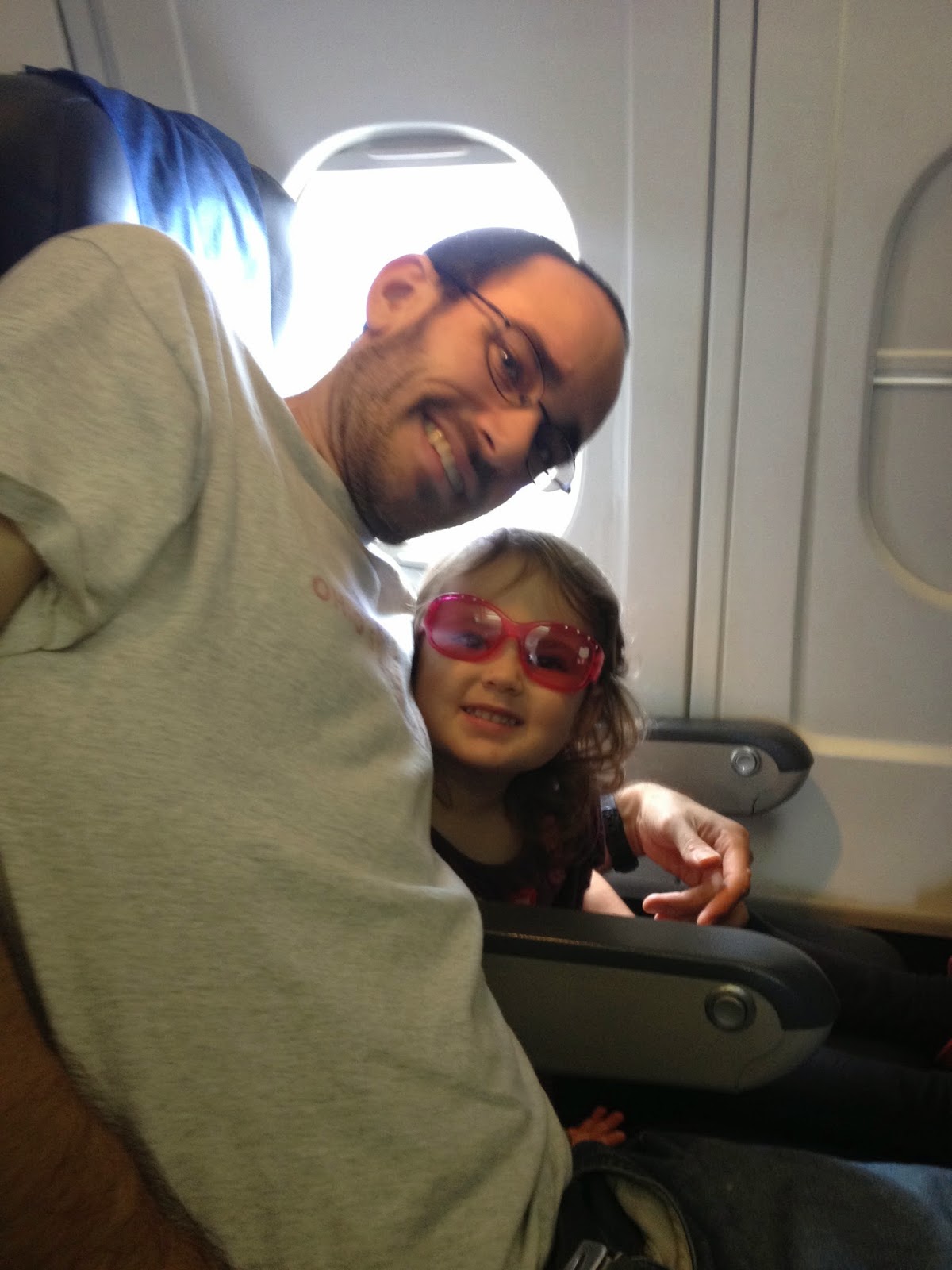 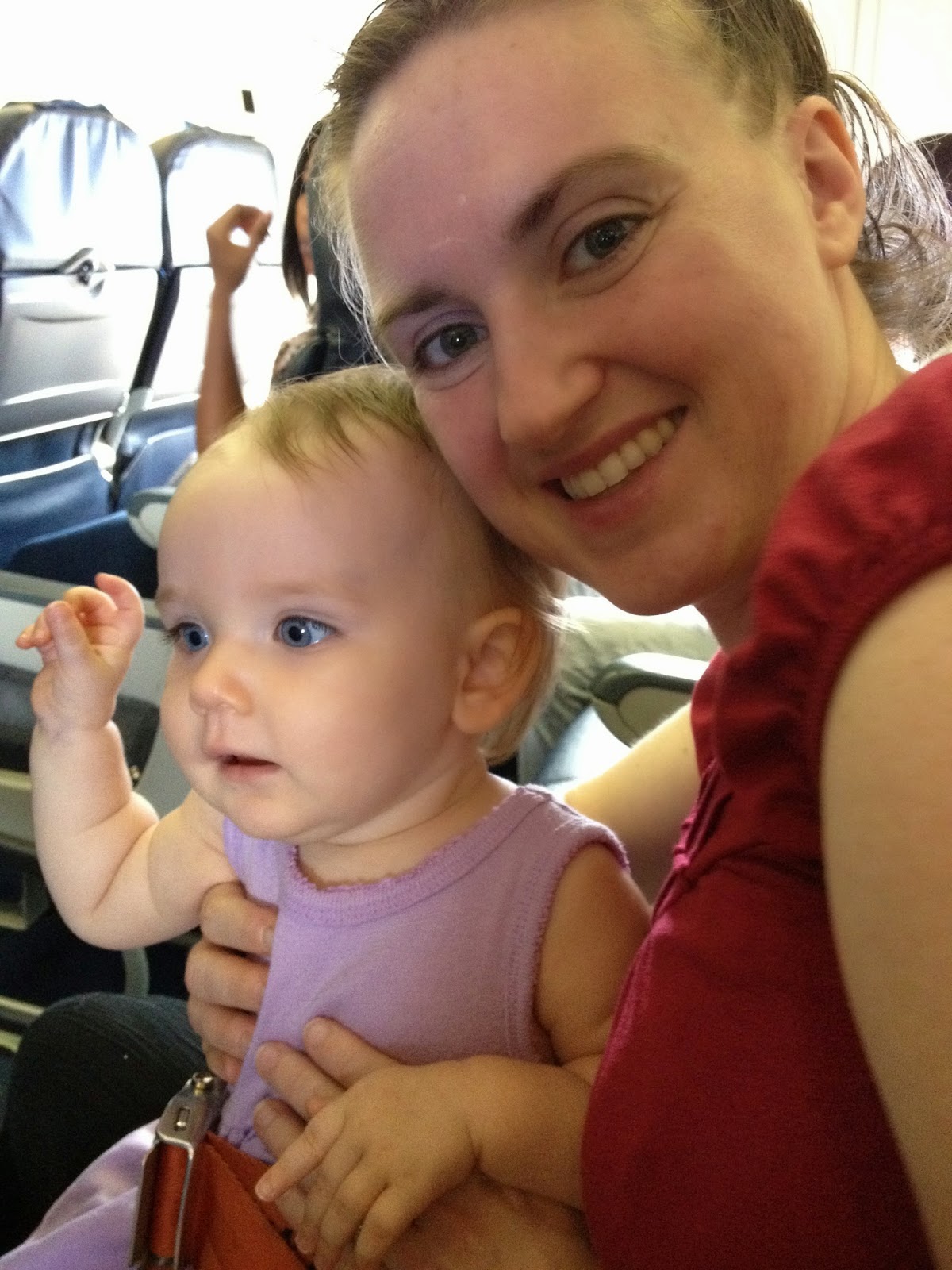